Frequently, investors considering DCF Income Payments are concerned that their funds may be invested ‘too long’ in a long term income stream. But even though we list inventory with a “Term” in years, or maturity, the reality is, this is often not a good representation of a case.

In fact, many cases start repaying principal and interest almost immediately.  So while the ‘Term” or maturity of two cases might be the same, their Weighted Average Life, or the average amount of time each dollar of principal is invested, may be widely different. The WAL, therefore, is a more accurate way of comparing.

So instead of simply looking at the maturity date, we also consider Weighted Average Life.

A more suitable metric that we prefer to use is Weighted Average Life (WAL). WAL is the average number of years for which each dollar of unpaid principal on an investment remains outstanding. It is the average time that it takes for every dollar of principal to be repaid, weighted by the size of each principal payout. Therefore, the years with higher principal payments will be weighted more heavily in the WAL calculation.

WAL helps investors gauge how quickly bonds pay out their returns. WAL also has implications for risk, because the longer capital from the original investment is held, the longer it is exposed to risks like inflation.

Three example calculations of WAL are shown below, each based on a different principal repayment schedule over a 4 year period. These examples illustrate how the WAL decreases when more repayments are made at an earlier stage in the life of the investment (e.g., end of year 1, vs end of year 3).

WAL is a more exact measurement of a cash flow for DCF Income Payments.  It’s also very useful when comparing DCF Payments to other investments like bonds, with smaller coupon payments during the term and a large lump sum out at the end. Typical bonds like this are back-end weighted, and you’ll find DCF Income Payments have a generally shorter WAL when compared to bonds of a similar maturity.

The bond also has higher interest rate sensitivity, meaning that a small change in rate on a bond has a large effect on price, whereas the same change (in bps) on a shorter WAL instrument like a DCF Income Payment has less of an effect on price.

What our customers say about DCF Exchange

DCF bought my payment streams- They were quick, Nathaniel was very responsive and easy to work with, and got it done in just a few days.

Fast, easy process for sale of SMA’s. ACH and wire of money, and the GoldStar relationship make this a very easy process. The DocuSign system used makes it easy to work with clients since there is no in person meeting required. Although we do like to meet in person with clients… will use DCF Exchange for all SMA sales!!!!! A ++++++++

“I have worked with Nathaniel at DCF for…”

I have worked with Nathaniel at DCF for years. Everything is always professional and seamless. A pleasure to work with.

“This is the second transaction I did…”

“These guys are the absolute best”

These guys are the absolute best! I’ve been working with Nathaniel and Ross for many years now, and there’s nobody better in the business. Their knowledge of the industry is unsurpassed, and most importantly they are HONEST and TRUSTWORTHY. I look forward to working with DCF Exchange for many years to come.

“I had an amazing experience with DCF“

I had an amazing experience with DCF! Nathaniel and his team are extremely dialed into these specialty products and I definitely would work with him again! Thanks! 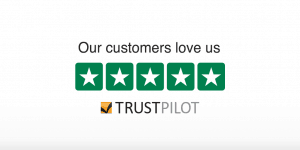 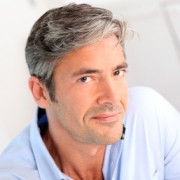 Extremely knowledgeable and ethical. A pleasure to do business with. 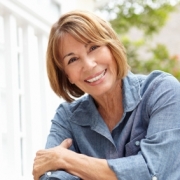 “How fast was that”

How fast was that? VERY!
I was most pleasantly surprised how quick and efficient my payment was processed. Very safe, efficient and accurate.

“Thank you for putting your platform…”

Thank you for putting your platform together. Very nice work, easy for everyone to complete transactions. Almost as easy as writing annuities was 20 years ago –you probably weren’t around when the entire annuity application was 1 sheet of paper, front and back. You could send in that one piece of paper with a check and the deal was done! 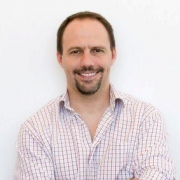 “DCF performed far above and beyond my……”

DCF performed far above and beyond my expectations from beginning through the end closing process and beyond. When there seemed to be an issue with the trustee, DCF stepped in and cleared up all misunderstandings and insured everything was correct. I should note that the misunderstandings were really on my part and, once I was finally clear, I now fully understand and agree. Thank you DCF.

GoldStar Trust Company is the trust-only branch of a $4B Texas bank. The Trust company is one of the nation’s leading Self-Directed IRA custodians and is known for its fantastic customer service and attention to detail.

GoldStar serves as Paying Agent and Trustee for issuers of Church Bonds and Municipal Bonds in 38 states, and handles over 30,000 customer IRA accounts.

As a regulated custodian for billions of dollars of client assets, their expansion into payment servicing for DCF Income Payments is a natural extension of their capabilities.

GoldStar Trust Company is one of the nation's leading Self-Directed IRA custodians with over twenty years of experience. GoldStar offers unique retirement solutions that allow investors to diversify their IRA portfolio with precious metals and other alternative investments such as DCF Income Payments.

Questions from Advisors
Scroll to top